It is no secret that men have a tougher time of getting sex than women do. That is why female sex dolls are so popular. However, there are some women who would rather have their own sex dolls too. They are tired of the grief and hardships that men offer them in real relationships. Now more women are turning to a special area of the sex doll industry called “male sex dolls.”

Male sex dolls are designed to look like attractive men. They have six-pack abs, the hair on their heads, firm buttocks, and a big erect penis. Women use these male sex dolls for both sex and companionship, similar to how men use female sex dolls for the same purpose. The sex doll market is thriving now more than ever because of this new trend in male sex dolls. Women no longer need men any more than men need women. 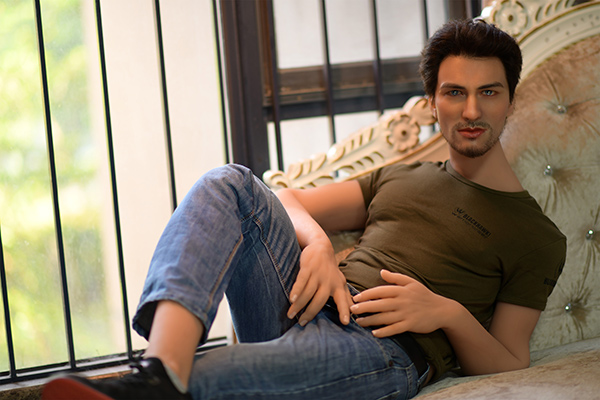 How to use a male sex doll?

The sexual functionality of male sex dolls is something that a lot of women are confused about. After all, it is easy to imagine how a man has sex with a female doll because he just inserts his erect penis into the artificial vagina. But how does an artificial penis attached to a male doll get inserted into a real woman’s vagina?

The act of having sex with a male sex doll is a lot easier than you might think. Since the doll already has an erect penis that sticks out straight, then you don’t need to do any work at all to get the doll aroused. Simply place the doll down on a bed or some other flat surface. The doll should face upward with its erect penis sticking straight up into the air.

Now simply remove your panties and climb on top of the doll. Reach down underneath your crotch area and start placing the tip of the artificial penis into your vagina. If you’ve ever had sex “cowgirl style” with a real man before, then you might be familiar with this sexual position. 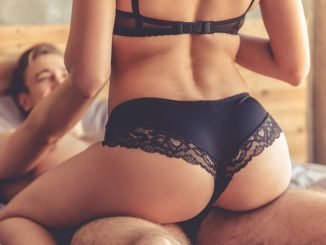 The man lies down while you sit on top of him and ride his penis. You’d basically be doing the same thing with the doll. The only difference is you need to move the penis into the correct position so that it can comfortably get inserted into your vagina. Some sex doll penises can be rotated 180 degrees, depending on the quality of the model.

Remember that the doll is not going to move around or try to stimulate your vagina. You need to do all the work yourself, which may or may not be the same experience that you’ve had with real men. At least with the doll, you don’t need to worry about getting pregnant or contracting a sexually transmitted disease.

Male sex dolls may serve as companions too. A very select number of women may take car rides with their dolls or eat dinner with them at home. Women who desperately want to experience the elements of a real relationship may use a doll to fill in the gaps of her life until a real partner comes along. There is nothing wrong way that, and it is a lot more common than you might realize.

What not to do

Don’t try to get too creative with the sexual positions. The cowgirl position is the only one that creates the most stimulation because the weight of your body on top of the penis will create the force that you need to feel good. You cannot achieve this same force by using any other sexual position.

For instance, if you tried to have “doggie style” sex with the doll, then you’d have to find a way to hoist up the doll and keep it held securely in place. The penis on the doll would also need to be erect and straight. If you could arrange this setup, then you would turn around and bend over in front of the penis. Either that or get on your hands and knees and face the opposite direction. It all depends on whether you have the doll positioned upright on the bed or in a standing position.

It is a lot easier to clean the sexual organ of a male sex doll because it is an external organ. It is not the same experience as cleaning the inside of a vagina, which you cannot see very well from the outside. You should have no problems cleaning the fluids and lubricant off the penis of your male sex doll. If it is a detachable penis, then it is even easier to clean it.

All you need is liquid soap and warm water to clean your sex doll. We recommend that you use an all-natural liquid soap to ensure the silicone material of the doll does not get irritated. Use lukewarm water with the liquid soap to wash away the debris from the penis. Some people like to mix the water and soap in a bucket and then lightly scrub the penis with a light sponge inside of it.

If the penis cannot be detached from the male sex doll, then you’ll need to mix the soap and water inside of a spray bottle and spray the solution onto the penis. Then use a light sponge to wipe away the debris from this penis. Try not to scrub too hard, and make sure the sponge is not too abrasive on the surface. Be as gentle as you can while still giving the penis a good scrub.

Male sex dolls make great sleeping companions. Just keep one on their back next to you in bed. If you feel like having sex with it in the middle of the night, then you know what to do. Just roll on top of the doll and proceed to ride him cowgirl style. It will be the easiest and most uncomplicated sex you will ever have in your life.

If you take care of your male sex doll, it can last you for a long time. All you need to do is clean your doll after you use it and make sure you don’t abuse it. Treat the doll-like it were a person. If you see any cuts in the silicone or tpe, then patch up the tears with a doll repair kit. Most sex doll manufacturers sell those kits.