Owning a sex doll may sound like not big of a deal at all, especially if you live in a country that doesn’t give a damn about what and who you like to have sex with, in your own free time.

We live in a modern world of technology and rapid evolution where more and more people are straying away from being devoted to religious beliefs.

However, even despite this, there are quite a few countries in the world where you can get in serious trouble if you so much so even order a self-pleasuring aid such as a sex doll.

And I say that you will get in trouble for just ordering a sex doll because it will probably be seized at customs and you may receive a knock on the door by officials the next day. 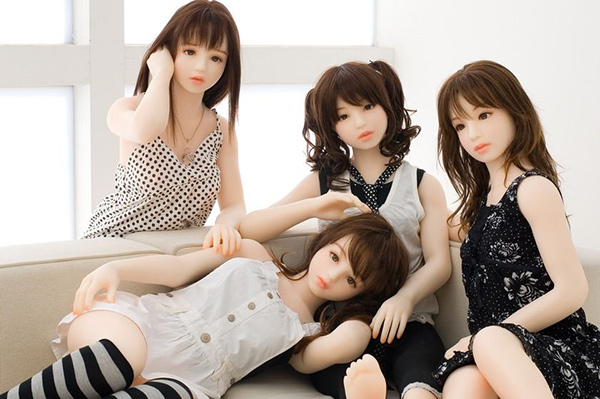 Some countries firmly believe that men should only have sex with women to make babies, while others see a naked doll as too obscene and tasteless. This can also be connected to religion because, in some people’s eyes, you are bringing a sex object into your “holy home” and it is a huge no-no.

Whatever the reason that feeds the hatred towards self-pleasuring tools is, one thing is made perfectly clear: some countries are firmly respecting their laws and there are no exceptions made regardless of how unique your situation may be.

And because we want you to be safe and not get in any sort of legal trouble when ordering our products, we created a list of countries where sex dolls are illegal.

We sincerely regret that we cannot accommodate our customers from every country in this world, but it’s of utmost importance that you are safe wherever you are.

Here’s our list of 15 places where sex dolls are illegal:

Saudi Arabia is the second biggest tourist destination in the Middle East with over 16 million people visiting back in 2017 to see the beautiful sand dunes and ancient tombs.

However, it doesn’t really come as a surprise that besides forbidding alcohol and pork, no sex dolls are allowed in the country.

Under Islamic law, sex dolls and other self-pleasuring aids are prohibited because they fall into the category of illegal pornographic material.

If a sex doll package is discovered, it will most certainly be confiscated at customs and besides not getting it, you may even end up dealing with legal consequences.

However, Saudi Arabia does have what they call a “halal sex store” but they don’t carry sex toys or sex dolls.

It’s a “Sharia-compliant” sex shop in Mecca selling halal products for Muslims that include scented candles, oils, and creams aiming to improve the atmosphere and increase your sensuality.

Both Iraq and Iran are Muslim countries that have absolutely zero tolerance for alcoholism, drug addiction, and self-pleasuring aids such as sex dolls.

Since both countries are strict and tend to keep their laws and practices a secret to the external world, chances of finding out how heavy the punishment for being caught with a sex doll is are relatively slim.

However, what we do know is that your sex doll will most certainly be confiscated at customs and you have no chance of receiving one at your door.

There was an incident back in 2017 where a basement full of alcohol, recreational drugs, and blowup sex dolls was discovered by Iraqi forces and it was determined that both Iraqi and Irani citizens were involved in the trade.

The exact details of the punishment weren’t revealed to the public but it is safe to say that these people did not pass the strict laws lightly.

There’s been some talk among Reddit users and even eBay that sex dolls are going to become legal in Kuwait, however, this is still not the case as of 2020.

There have been a few reported incidents where blowup sex dolls were discovered at customs and torn up and purposely damaged by officials.

The people who’ve ordered the goods were then taken in for questioning and made to pay a financial fine for violating the law.

The Middle East countries are not the only regions of the world with so-called “anti-obscenity” laws. Africa, too, has clear laws against importing sex dolls.

Mauritius, for example, is an island mostly known for its gorgeous beaches, reefs, and animals such as monkeys and turtles casually roaming about on the street. 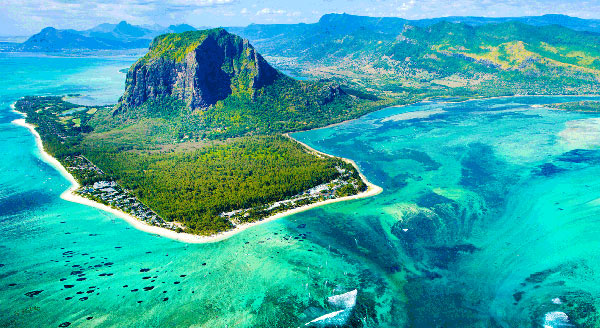 It’s truly one of the most perfect destinations in this world, however, they are super-strict about what you can bring into the country and sex dolls are one the red list of banned items, for now.

In Mauritius, if your home address is on the package that contains a sex doll, you are risking up to one year in prison and 100,000 Mauritian Rupee (nearly $3,000).

I bet you didn’t expect to see this one on the list, right?

Well, as it turns out, there are some things that you just can’t do in Mexico, and getting a sex doll to keep you company during long and lonely nights is one of them.

Ironically, we all want us a curvy Latina and would stop at nothing to get her, even buying a sex doll that is carefully molded to represent those famous curves, however, Mexico residents are not allowed to import sex dolls for their own pleasure.

A sex store in Mexico

On the other hand, Mexico does have sex shops, however, the items you can buy there consist of sex toys, lingerie, and some fetish pieces like whips, bondage, and blindfolds.

The tropical islands are definitely every person’s dream destination, however, the people who make the laws there may not be as open about importing sex dolls anytime soon.

Pornography is also banned in the Maldives, and sex dolls fall under the same category. In fact, your doll will surely get confiscated at customs and the authorities may even rule out a jail sentence.

Getting arrested for pornography or self-pleasuring items there isn’t unheard of since a man was jailed for six months for possessing one of these.

The laws on self-pleasuring aids in Panama are a bit strange, to say the least. It is not known whether sex dolls are truly illegal nor how serious the punishment is in case they are.

However, sex dolls don’t seem to be available for purchase in this country nor do famous sex doll manufacturers deliver their goods to Panama.

On the other hand, smaller sex toys are apparently legal, however, things are just not clear at all when it comes to the legality of a full-sized sex doll.

Thailand, along with Mexico were the two countries that surprised me the most while I was doing my research for this article. 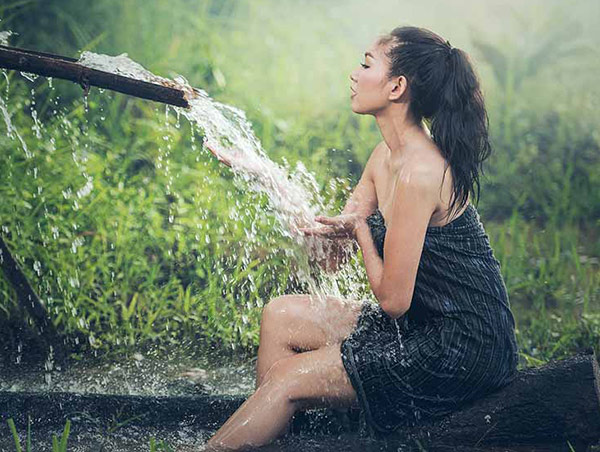 Turns out that sex dolls aren’t allowed in the land of the “ladyboys” which is a derisive title often given to Thailand by tourists.

Thailand is rich in culture, adventures, and delicious food. You may even think they are sexually liberated because of how common the change of sex is there.

But nope. Sex dolls and other self-pleasuring objects are illegal in this place.

They fall under Thailand’s list of prohibited goods, specifically “obscene objects”, and while the punishment isn’t so severe, chances are you will lose your money cause your doll will certainly be confiscated and destroyed by customs.

In 2011, the General Department of Vietnam Customs announced that Vietnam officials will not allow the entry of self-pleasuring aids into the country.

While the laws have “softened” since then (so to speak), and Vietnam does have several sex shops that offer the essentials, it is hardly likely that Vietnamese will be able to enjoy themselves a real-lifesized sex doll in the very near future.

That being said, the penalty here isn’t as severe as some of the countries mentioned above, however, chances are you will still have to pay a minor financial fine.

Malaysia is an incredibly popular tourist destination due to the ridiculously affordable goods they have to offer.

And although it may seem like a laid-back place to be, Malaysian citizens are most certainly deprived of the chance to enjoy having sex with a modern sex goddess.

According to the Malaysian Penal Code, it is illegal not only to own but also to sell and distribute any obscene items such as sex items, sex dolls, sex toys, and pornography included.

And unlike Vietnam and Thailand, where there are only minor consequences, in Malaysia if you get caught with a sex toy or any pornographic material, you can get punished with up to 3 years of imprisonment and/or a fine.

Owning a sex doll is certainly a dangerous move in this country, so my suggestion would be to stay as far as you can away from it.

Sex dolls appear to be an issue even in some areas in the great Us-of-A.

According to the 1998 Anti-Obscenity Enforcement Act, the sale of adult toys has been criminalized. The act deems an adult toy as any device designed or marketed as useful for the stimulation of human genital organs.

If you live in Norway, you may very well order a sex doll for your own pleasure, however, the country has one law that needs to be respected if you don’t want to end up paying massive amounts of fines or even end up serving a 3-year jail sentence.

Back in 2017, Norway’s highest court signed a law that prohibits citizens from ordering sex dolls under 125cm out of concerns that small sex dolls could pose a risk of committing abuses against children.

The colorful country of India may be the home of the most popular sexual pleasure book, the Kamasutra, but they have no shortage of weird laws when it comes to importing self-pleasuring aids like sex dolls.

The Indian Penal Code states that any pornographic book, drawing, figure, or object “shall be deemed to be obscene” if it triggers sexual thoughts and behaviors.

And if it does, it is banned from the country.

This means that sex products can be legal and illegal depending on how they look and how they’re sold. 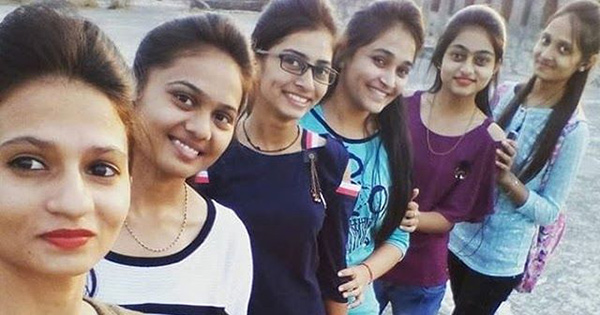 Brazil is yet another country that surprised me while I was compiling this list. For one, I was a bit annoyed that I couldn’t find any clear laws or penalties that specifically outline the legality of sex dolls.

But, yet again, sex dolls are not available for purchase in Brazil and one website clearly says they are illegal but there is no further information about it.

On the other hand, there was another article that said Brazil has similar laws as Norway with only making life-sized sex dolls available for purchase.

Getting information on this specific country was a bit frustrating, so if you live in Brazil and know the laws on the legality of sex dolls, please hit us up in the comments below!